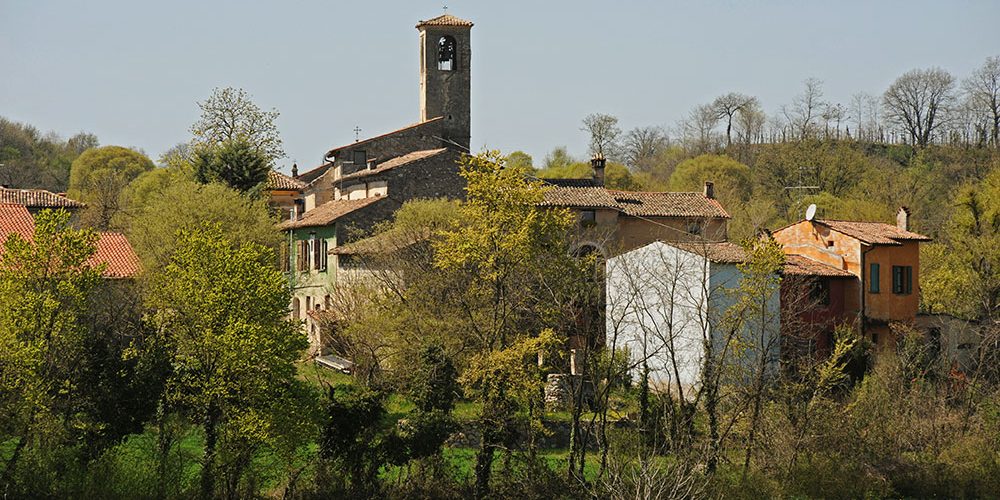 preserves the “Santissima Trinità”, an astonishing Romanesque church devoted to the Holy Trinity, once administered by the Olivetani, a monastic order.

Its interior exhibits various allegorical stuccos, overlaying the pre – existing frescoes, dating back to the XVI century, of which some signs can still be distinguished. The main event animating this little village, is the famous “Sagra del Polastrel”, a typical local country festival, hold in mid – July.

Following the main roads towards Volta Mantovana you’ll find the little hamlet of Pille, once called “Pile”, with reference to the various water bowls. The highest point of this area is Monte della Croce, offering a wonderful view: in clear days you can also see the lake. On the way to Castellaro Lagusello, in Monte Oliveto locality, there an ancient oratory of the XVII century named after San Giuseppe (Saint Joseph) with a painting portraying the rest of the Holy Family.