THE CHURCH OF THE HOLY TRINITY 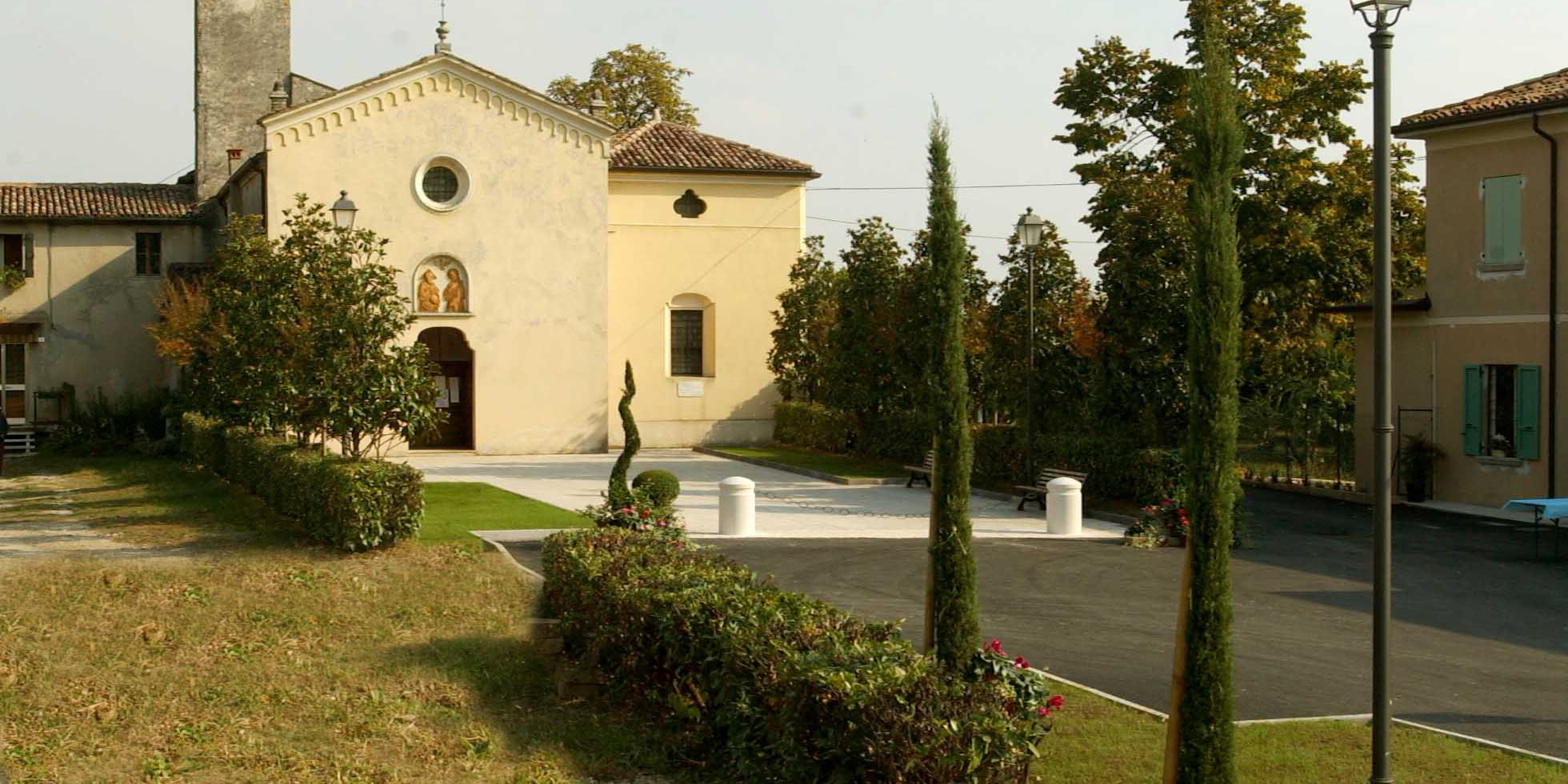 The Church of the Holy Trinity, in the village of Olfino, still holds a medieval-romanic character like the hut–shaped façade decorated with small arches along the pitched roof, the splayed eye-shaped window, the decorated lobed portal and the small belfry with four arched openings containing five bells.

Behind the church we can see the remains of an old cloister belonging to a community of Augustinians hermits from the San Barnaba Church of Brescia which after 1580 passed on to the Olivetan monks from the abbey of Santa Maria in Organis of Verona.

Inside the church there’s only one nave with truss roof and a deep rectangular presbytery, the stuccoes and paintings date back to different times. We can see two cycles of XVI century frescoes which were covered in stuccoes in the XVII century.

The four arches along the walls of the nave are decorated with stuccoes representing bible characters, allegories and insignias.

The presbytery, with cross vault, contains the high altar set upon a dais of red marble, the altar frontal is decorated with geometric marquetry. The altarpiece depicts the Holy Trinity, to whom the church is dedicated, inside a frame of golden wood. In the two niches we find the statues of the Virgin and the Archangel Gabriel. On the upper part of the altar there are the three theological virtues: Faith (left), Charity (center) and Hope (right).

Through the arch we enter the Chapel of Our Lady of Carmel, built in 1729 against the original building.