THE CHURCH OF ST. MARY AT THE CASTLE 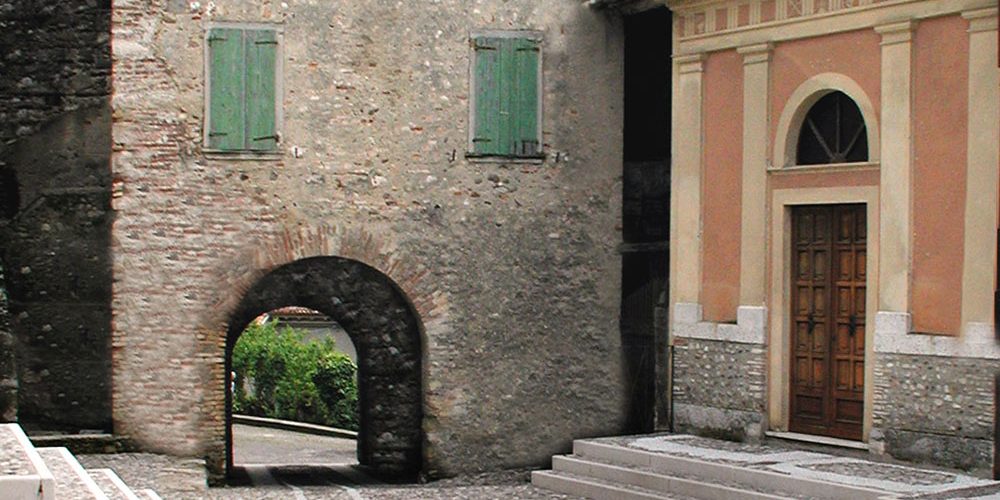 The ancient church of St. Mary used to be the parish church of Monzambano until the 15th Century, when the title was given to the new church of St. Michael, built “ for the inhabitant’s convenience” in the flat space above the Mincio river at the foot of the Castle hill.
The original building was probably a single rectangular nave church (13.60 mts x 10.80 mts) with three apses the remains of which are still clearly visible. Today its north wing is a private house while the south one is the neoclassical oratory dedicated to St. Blaise.

On the opposite side, the rose window and the original door formed by a semicircular arch of Roman bricks were recently brought to light.
Outside the building, archaeological excavations have revealed a large cemetery, which probably stretched well beyond the limits of today’s yard, and many walls more ancient than the castle.

The Church of St. Mary, the benefit of which was for some time enjoyed also by the cardinal and humanist Pietro Bembo, became part of the possessions of the Olivetan Congregation of St. Maria in Organo until the institution was ended in the Napoleonic Age.
Some years later, in 1835, Mr.Tron had the St. Blaise oratory built in simple and strict neoclassical forms.